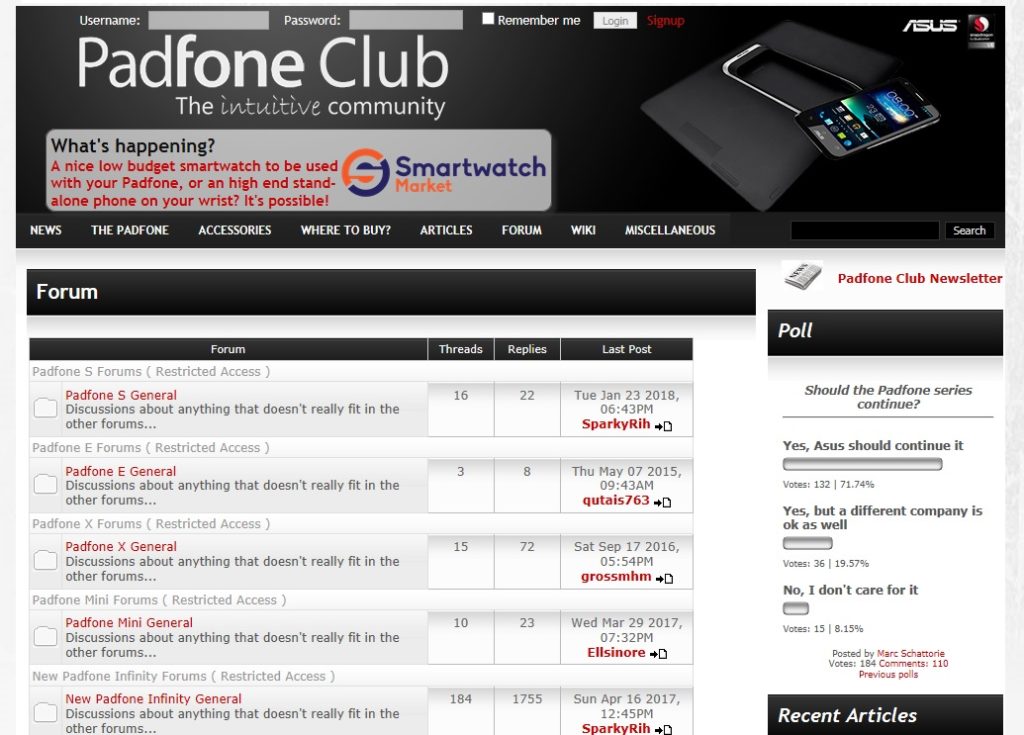 Back in 2012 Asus released their than new Padfone series phones. Apart from their own websites, information about this device was scares. So we decided to start our own community website to support people who want to buy, or already own this device. Within 3 months this website became the one and only trusted source on the world wide web. Unfortunately the Asus Padfone series has stopped, which meant the downfall of the community as well. But if the Padfone series ever return, we’ll be back as well!